Sometimes… But if anyone ever tells him, I’ll deny it!! Let’s just let him continue believing that I am always right!

I bought a box of red velvet cake mix and cream cheese icing and was going to make some scrumptious cake cookies. But then for some reason I got the brilliant (I use that word loosely) idea to try something new. I wanted to see if I could make an inside out cupcake. Instead of the icing on top, lets put the icing right in the middle of the cupcake. This is where the hubs comes in. He very happily tells me that ain’t gonna work and I think somewhere in the back of my mind I knew he was right but I still wanted to try and possibly prove him wrong…

So I did it. I make red velvet cupcakes and put a tablespoon of the icing in the middle. I even froze the icing hoping that might help make it work. Just in case anyone was wondering, it doesn’t.

I’m not even going to bother sharing the recipe with you because it was that bad! Just enjoy my craziness in photos! 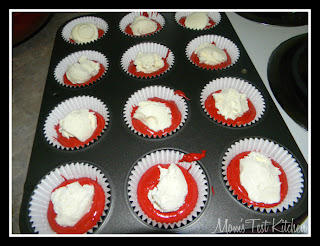 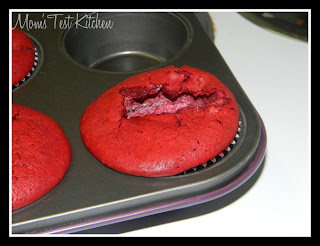 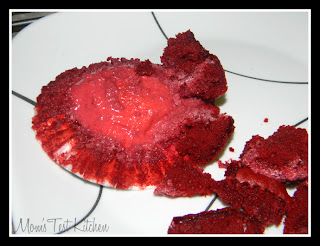